Thank you for your patience while we retrieve your images.

Visitors 75
Created 7-Nov-12
19 photos
The Forges de Clabecq, a 100-year-old family firm run by the last representative of the founding family until 1995, kept out of the regroupings in the Belgian steel industry which occurred at the end of the 1970s. It then still employed 5,000 workers and had its own markets and specific products. The public authorities became shareholders in the 1980s, but left the power of decision with the private shareholders, the families and their banking groups. Non-profitable installations were closed, but a modern steelworks was built, and in 1991 there were still 2,250 employees. A year later, in 1992, the firm entered a critical phase. A strike broke out in protest at the management's proposals to dismantle the operation and to cut jobs and wages.

To get the enterprise out of difficulty, the Walloon regional government granted a loan on the condition that the workforce accepted the management plan. The dispute ended only when the enterprise's trade union delegation was brought into the talks and the wage cuts were considered as a debt the firm would in future owe to its employees. The 1992 dispute remained in people's memory; the Forges workers and their delegation acquired the belief that they were alone in having the will to continue the struggle against the public and private shareholders and even against the Socialist and Social-Christian parties in the coalition government of the Walloon region.

In 1996, the private shareholders withdrew from the board of directors, leaving the public shareholders mandated by the Walloon region to manage the heavily indebted enterprise on their own.
The bankruptcy of Forges de Clabecq

The Walloon region then hesitated over the attitude to adopt: the expert's report it had requested from Jean Gandois, general manager of the Forges' competitor, Cockerill-Sambre, which had always refused to merge with the Forges, turned out to be negative. Despite the risk of prohibition by the European Commission, the regional government decided to recapitalise the enterprise to the tune of BEF 1.5 billion over two years. That decision was considered political, as closure would have had disastrous consequences for the region which was already seriously affected by deindustrialisation and, as such, had become a powerful symbol.

Bankruptcy was declared at the beginning of 1997, after the refusal of assent by the European Commission, and all the Clabecq employees were dismissed. Resources were insufficient to pay back the bank loans or pay the legal compensation and the debts owed to the workforce. 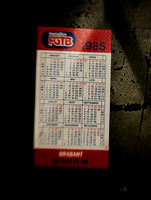